We’re recently been crunching the numbers and found that Aldi is the UK’s most Googled supermarket for Vegan food.

Aldi places first as the most searched for supermarket when it comes to vegan food with an average of 2,900 searches a month.

The search term “Aldi vegan” receives on average 500 more queries per month than second-placed supermarket Tesco with 2,400 searches. Aldi on average receives three times as many searches as those in last place (Iceland & Co-op)

According to the research, joint last place was Iceland and Co-op with 880 average searches per month.

With Veganuary in action once again these supermarkets can expect an increase in search demand based on the research, Aldi for example can expect to receive over 6,000 searches in January, whilst Tesco can expect around 4,000.

If we compare what search volume was recorded in January 2021 vs the average we can see some clear spikes in demand for vegan food.

With Veganuary becoming more and more popular each year we may expect this increase to be even more in 2022.

Our vegan marketplace is also the perfect place to look for healthy vegan snacks and food. Or check out our vegan gifts, or vegan hampers if you're looking for a present for the vegan in your life.

Data has been taken from Google Keyword Planner for the past 2 years. This is independent research using data from 3rd party tools and The Goodness Project are not associated with any brands mentioned.

Receive special offers and news from us. 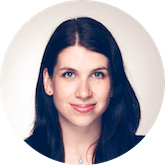 My name is Anna and I'm the co-founder of The Goodness Project. This is a little place where I will be sharing some of the things that inspire me and The Goodness Project - the food, the brands, the people and the lifestyle. I hope you enjoy your stay! :)